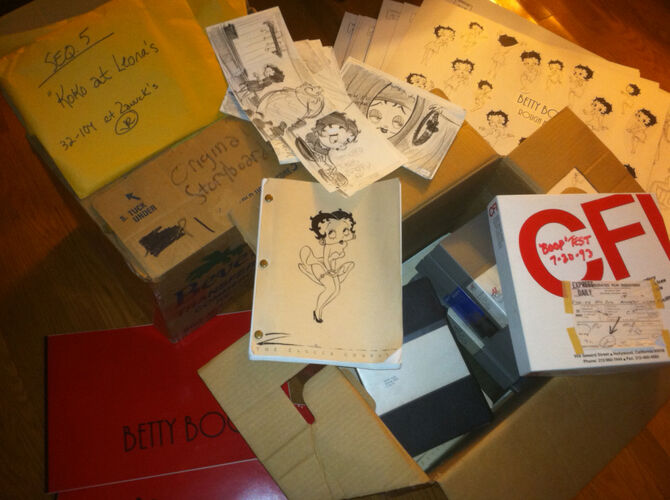 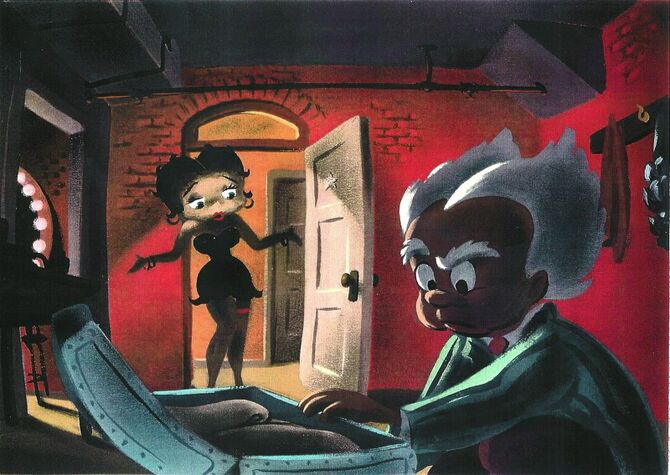 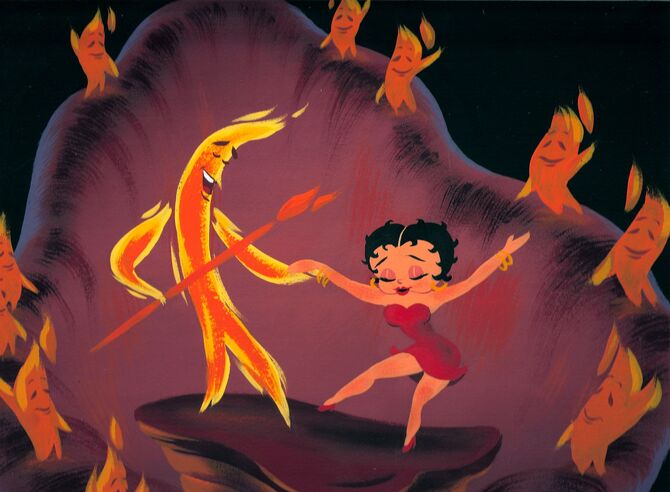 Animated feature with Lili and Richard Zanuck, Executive Producing, Alan Ladd Jr, Steve Leiva. Production for the film went on from June 1993 - September 1993 where it was then decided that the film would be canceled. According to information, the film would have been released in 1994. Alan Ladd Jr stated "While our Betty will remain in the 30s, she will have a decidedly modern twist." In the title sequence Betty Boop grows up and can first be seen performing on stage with her father as a baby (Baby Boop), then as a 9-year-old and then as an adult, where she can be seen singing "I Wanna Be Loved By You". The film was abandoned and later canceled, making all references to the film non-canon.

"Betty walks through the door and a breeze catches her skirt, blowing it up a la Marilyn Monroe." 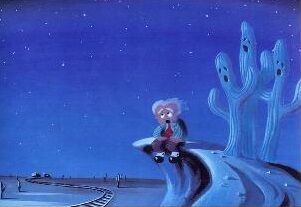 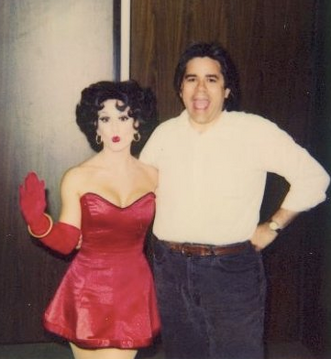 Fleischer stated that the story would have been a "comedy with a good love story", which would have focused on the adventures of Betty and pals Koko the Clown and Bimbo as they travel Hollywood in search of fame and fortune. In 1993, the Zanuck Company began pre-production on a Betty Boop feature to be done through MGM Studios. Richard "Dick" Fleischer, who was the Son of Max Fleischer of Fleischer Studios, wanted to make a feature out of his father's star character Betty Boop, but those plans were later canceled. Jazz was a major part of most of the old Betty Boop cartoon shorts. In the little storyboard in the link above Betty Boop performs a song called "Where Are You?" with her estranged father Benny Boop. Sue Raney stands in for Betty and Jimmy Rowles stands in for Betty's father Benny Boop. Bernadette Peters was to have provided the voice for Betty in the film but, before the recording sessions started, the film was abandoned. People who had auditioned for the film were as follows: Chris Penn, Terri Garr, Bud Cort, Paul Reubens, (after his then-recent Florida porn theatre arrest), Shelley Long, Julia Louis-Dreyfus, Helen Hunt. Virginia Madsen and Ned Beatty. A Betty Boop impersonator Sandy Fox who was touring as Betty Boop for Universal in 1993 even dropped in the studios. Though then she was not the voice for Betty Boop nor was she considered for the role in this film. The only two women cited as being considered for the role of Betty Boop in this film was aspiring voice-over artist Mary Kay Bergman and Broadway star Bernadette Peters.