Olive Oyl is Popeye's girlfriend, Olive was something of a coy flapper whose extremely thin build lent itself well to the fashions of the time; her long black hair was usually rolled in a neat bun, like her mother's. She makes her debut appearance in Popeye the Sailor which is classed as a Betty Boop cartoon. The version of Olive Oyl most widely familiar is the version from the theatrical animated cartoons, first created by Fleischer Studios, and then produced by Famous Studios. Unlike most modern damsels in distress, Olive Oyl is tall and skinny, with tightly wound hair and enormous feet (the latter sometimes used to comedic effect). In the films and later television cartoons, Olive Oyl is Popeye's girlfriend, although she could be extremely fickle, depending on who could woo her the best or had the flashier possessions, and was prone to get angry over the tiniest things. She constantly gets kidnapped by Bluto (aka Brutus), who is Popeye's archrival for her affections, and when she gets angry with Popeye for whatever goes wrong, it's usually Bluto's doing. But Popeye always rescues her, winning her affection in the end. In the cartoons, she helps take care of a baby named Swee'Pea or she usually asks Popeye to take care of him if she's too busy; it's unknown if Swee'Pea is Olive Oyl's biological or adopted son. In the comics, Swee'Pea is a foundling under Popeye's care. Later sources (mostly in the cartoon series) say that Swee'Pea is Olive Oyl's cousin or nephew that she has to take care of from time to time.

Olive makes a cameo appearance in Betty Boop and Felix on Betty Boop's late night show where she interviews cartoon characters. Betty tells Olive that she looks trim, Olive reponds by telling her that she recently she has gained weight, but it all goes down to her ankles. 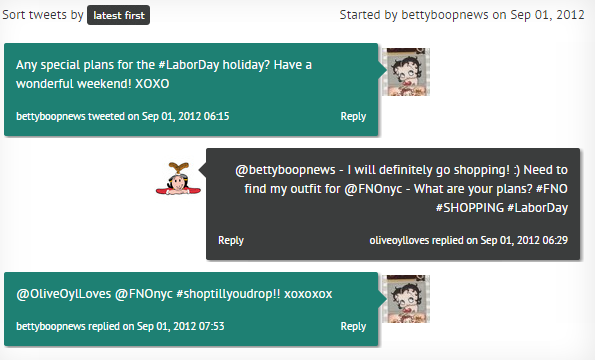 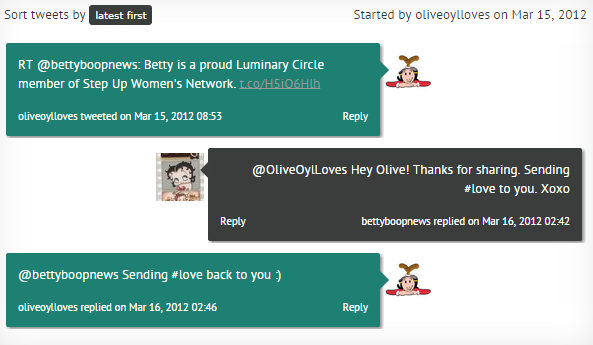 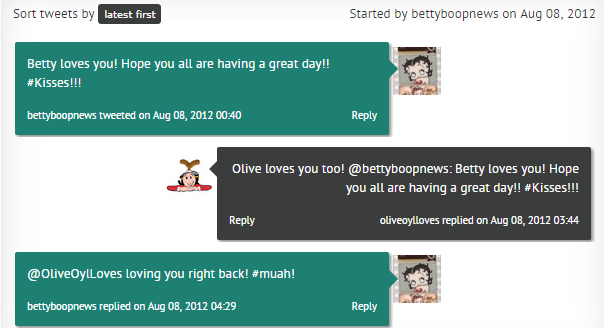 According to King Features, Olive Oyl is one of Betty Boop's best friends, the other being Blondie. Olive Oyl stated that Blondie and Betty were her best friends. Both Betty and Olive Oyl reference one another sometimes in their Tweets.