Characters featured in the Fleischer Studios depicted by the original actresses or actors. These portrayals are Talkartoons and Screen Songs and Fleischer animation listings only. The dates listed on this page are only Fleischer listed dates, they do not reference to any other work or adaption(s) featuring the actors and or actresses. For example Famous Studios, and any other studio work listings are not listed. 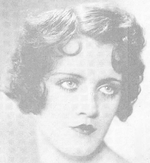 Margie Hines as Betty Boop from 1930-1932 and 1938-1939. Known as The Original Betty Boop, the first Betty Boop, and last in the original series. She voiced Betty in 1930 and returned to voice the character for Betty's initial retirement in 1939. 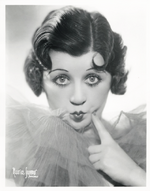 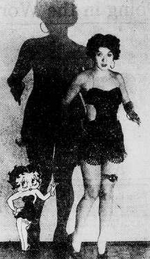 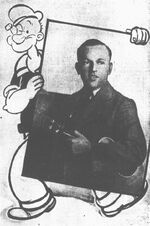 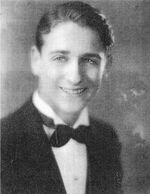 Jack Mercer as Popeye from 1935-1942 in the Fleischer Studios series. 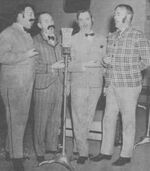 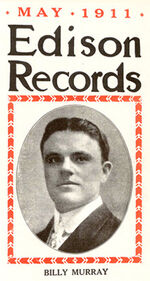 Margie Hines as Betty Co-ed in 1931. Though Mae Questel took credit for this role in a 1970s interview, it is actually Margie Hines, the other voices of Betty Boop are notable for taking Margie Hines' credits and pulling them off as their own, the other being Little Ann Little, who swiped most of Hines' credits in "Boop" history. Questel was possibly a background singer in the Betty Co-Ed cartoon, as both actresses for the Fleischer Studios shared roles in 1931, they would also take turns playing Betty Boop.

Mae Questel as Mariah Cat in 1931. Using her impression of Sylvia Sidney.

Mae Questel as Olive Oyl from 1933-1938. She would return to the role of Olive Oyl in 1944, when Margie Hines quit show business, also possibly due to Hines' divorce from Jack Mercer.

Retrieved from "https://bettyboop.fandom.com/wiki/Fleischer_Studios_Character_Portrayals?oldid=35621"
Community content is available under CC-BY-SA unless otherwise noted.